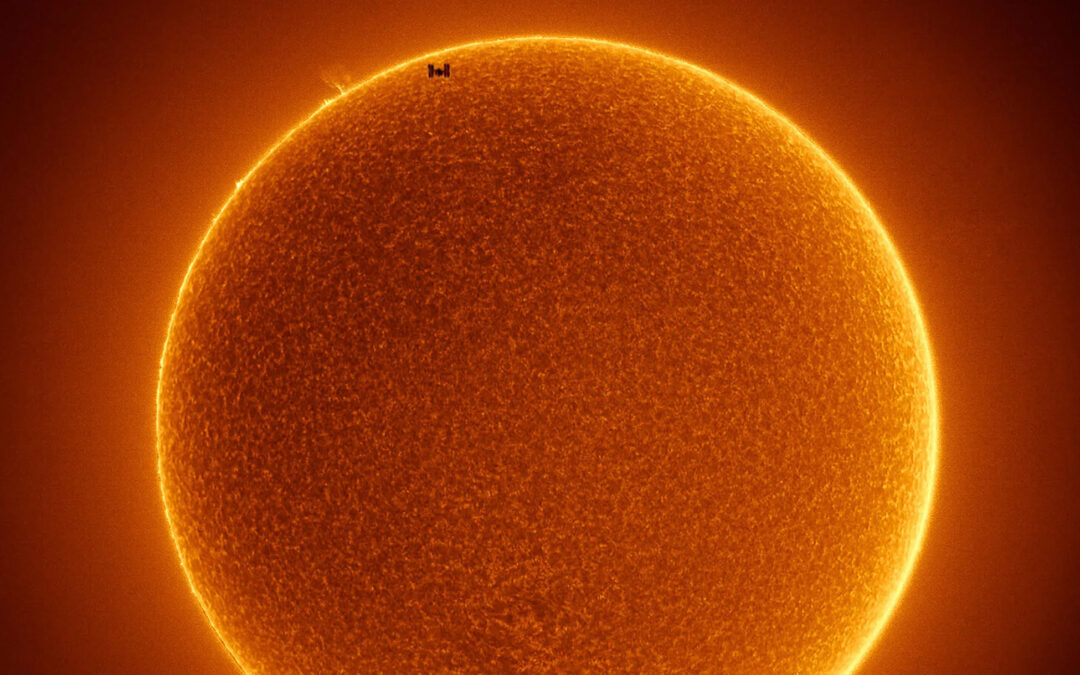 “Galactic Cosmic Radiation in Interplanetary Space Through a Modern Secular Minimum” is a new paper just published in the journal Space Weather.

The paper’s abstract opens with: “Recent solar conditions indicate a persistent decline in solar activity‐‐‐possibly similar to the past solar grand minima. During such periods of low solar activity, the fluxes of galactic cosmic rays (GCRs) increase remarkably…” From here, the researchers’ primary focus is on the impact low solar activity and increasing GCRs have on interplanetary space missions (well how else would it have gotten published), however, they do leave a number of GSM truth-bombs along the way, and their conclusion is an admissible one: “GCRs are bad–and they’re only going to get worse”.

“During the next solar cycle, we could see cosmic ray dose rates increase by as much as 75%,” says lead author Fatemeh Rahmanifard of the University of New Hampshire’s Space Science Center. This spells bad news for astronauts, limiting the time they can work safely in interplanetary space (from 1000 days back in the 1990s to just 290 days for men and 204 days for women).

Why are cosmic rays growing stronger? “Blame the sun,” writes Dr Tony Phillips in his excellent article over at the always excellent spaceweather.com.

The sun’s magnetic field wraps the entire solar system in a protective bubble, normally shielding us from cosmic rays. In recent decades, however, that shield has been growing weaker–a result of the sputtering solar cycle.

Solar activity isn’t what it used to be, continues Dr Phillips. In the 1950s through 1990s, the sun routinely produced intense Solar Maxima with lots of sunspots and strong solar magnetic fields. Now look at the plot (below). Since the heyday of the late 20th century, the 11-year solar cycle has weakened, and the sun’s magnetic field has weakened with it:

Rahmanifard and colleagues believe we could be entering a Grand Solar Minimum–a long, slow dampening of the 11-year solar cycle, which can suppress sunspot counts for decades and, as concluded by NASA, can results in a sharp cooling of the planet. The most famous example of a Grand Minimum is the Maunder Minimum of the 17th century when sunspots practically vanished for 70 years.

“We are not in a Maunder Minimum,” stresses Rahmanifard. “The current situation more closely resembles the Dalton minimum of 1790-1830 or the Gleissberg minimum of 1890-1920.” During those lesser Grand Minima, the solar cycle became weak, but didn’t completely go away.

Nevertheless, the Dalton still brought-about immense suffering and misery to the people of the time. Like the deeper Maunder and Spörer Minimums preceding it, the Dalton brought on a period of lower-than-average global temperatures. The Oberlach Station in Germany, for example, experienced a 2C decline over 20 years, which devastated the country’s food production.

The Year Without a Summer also occurred during the Dalton Minimum, in 1816. It was caused by a combination of already low temperatures plus the aftereffects of the second largest volcanic eruption in 2000 years: Mount Tambora’s VEI 7 on April 10, 1815 (for more on the link between reduced solar activity, cosmic rays and volcanic/seismic upticks click here).

Clothes froze on the line in New England, ice on ponds and lakes was reported in northwestern Pennsylvania in both July and August, and Virginia had frosts in August. The temperature occasionally got into the 90s, but then would drop to nearly freezing in just a few hours.

Crops that had managed to sprout were frozen out in early June, replanted, and frozen again in July. Very few crops were actually harvested, and of those that were, the yields were very poor. In turn, food and grain prices skyrocketed — for example, in 1815, oats sold for $0.12 a bushel but by the next year, a bushel would set you back $0.92.

And the story was similar across the world — for more:

For years, researchers have been monitoring cosmic rays using CRaTER, a sensor orbiting the Moon on board NASA’s Lunar Reconnaissance Orbiter (LRO). Recent data show that cosmic rays are at very high levels–the highest since LRO was launched in 2009. (See Figure 1 in their paper.)

“We took the latest readings from CRaTER and extrapolated them forward into Solar Cycle 25 (the next solar cycle),” says Rahmanifard. “We found that radiation doses will probably exceed already-high values by 34% for a Gleissberg-like minimum to 75% for a Dalton-like minimum.”

Rahmanifard’s paper may primarily focuson the ramifications low solar activity has on interplanetary space missions, but what it also forewarns is that this solar shutdown will extend through solar cycle 25 (at least), and as we know thanks to historical documentation, the 400-year sunspot record, and research at NASA: what that likely means is a return of the COLD TIMES. Exactly how cold (how low we sink) will be determined by the progression of solar cycle 25. Most indicators point to it being substantially lower than even the historically weak solar cycle 24 (just gone)… but only time will tell.